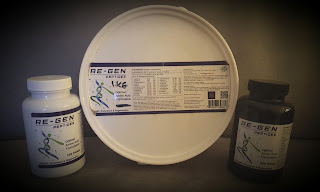 Re-Gen Bipeptides is an  optimal source of amino acids, being of pure quality, balanced in accordance with human physiological needs, absorbed and active in one's system within 15 to 25 minutes.  The benefits of having a balanced source of amino acids without the substantial overhead associated with digesting protein is wide-ranging.  The reality regarding protein ingestion, digestion, absorption and use is misunderstood by the vast majority of people.  Protein that is ingested is broken down into amino acids and these are absorbed into the bloodstream, the energy cost associated with digesting the protein is substantial and this usually puts the body into a catabolic state, whereby valuable amino acids are converted to energy instead of being assimilated into the body.  As we get older, the reinforcement of the general catabolic state becomes more prevalent and starts to affect more and more people on a chronic basis.

The Catabolic State
Most metabolic problems, toxicity problems, degenerative conditions and diseases are usually downstream of a protein problem associated with the catabolism of the absorbed amino acids. In fact premature aging and high rates of decline in the elderly are attributed to a large degree to a lack of available essential amino acids, not because they are lacking from the diet, but because the digestion overhead increases with age and they are converted to carbohydrates upon absorption instead of being assimilated and synthesised into proteins for our body.  When this process becomes entrenched, it turns into a net negative energy cycle and the onset of fatigue, adrenal fatigue, chronic fatigue, sarcopenia and various other negative states occurs.

Ammonia ToxicityThe catabolic conversion process, converting amino acids to carbohydrates, not only denies the body of valuable amino acids, turning it into a net negative energy state, but also has the byproduct of ammonia, which is toxic to our systems and has to be converted to urea to avoid toxicity to our central nervous system.  Free ammonia reflects a nitrogen imbalance in our system and is either the product of protein breakdown in our intestine or ammonia that has not been converted to urea, either because catabolic levels are too high for normal liver capacity or because of liver damage.  High levels of ammonia are toxic to our system and could cause tremors, confusion, sleep disturbances, slurred speech, drowsiness, abnormal eye movements, behavioral disturbances and ultimately loss of consciousness.

Re-Gen Bipeptides is a balanced form of amino acids, with high values of all of the essential amino acids and organic iron.  It is a concentrated, purified set of amino acids in the smallest peptide form, allowing for rapid absorption through the intestinal wall and no digestion requirement.  Both the balanced ratio and lack of digestion overhead present a significant advantage over other dietary protein sources.  This advantage is evidenced by the enormous range of benefits that people experience as a result of taking the product.  Benefits will be identified throughout the site, which equate, in many cases, to a normalizing of biological function through the availability of the required amino acids and a normalizing of the nitrogen balance through to an anabolic (growth) effect throughout the body.

Who needs it, who doesn't?


Re-Gen Bipeptides is a protein supplement for anyone who wants to improve their health, well-being, physical appearance or simply have a purer form of protein intake.  Because of its anabolic nature, it promotes recovery and regeneration, which is vital for people who are suffering from any kind of shock, stress, illness, wound or nutrient depletion.  It is vital for those people and beneficial to everyone else.  Anyone who has any kind of condition which they consider to be less than optimal, is likely to feel the benefits.  The people who are most likely to see the most short term visible effect are the aged and people with a systemic amino acid deficiency or people who need additional protein due to of exercise, inflammatory pain, wound healing, disease and similar high-demand periods.  It is not associated with the high calories, fats or cholesterol of traditional dietary sources of complete proteins, so can facilitate a healthier diet without having to worry about having enough protein.

Athletes needing protein supplementation, but trying to reduce their carbohydrate levels or with indigestion problems associated with protein supplements will benefit enormously from the product.  People who are generally fatigued will feel normalization of energy levels, as will people trying to recover from illness, disease, wounds or other debilitating physical conditions.

It is too often the case that people do not realize that they have a protein deficiency or catabolic processes in their body which are continuously degrading their protein stores.  Given that nearly all metabolic functions in our body are related to protein, insufficient essential amino acids has an overall degenerative effect on metabolism and can lead to the body not being able to perform its vital functions.

What will it do for me?


The effect of the product will vary from person to person, but for even the healthiest people, the preservation of that health is essential as is the need to keep one's biological processes optimal - without a pure source of protein, this is unlikely.  Essential amino acid deficiencies are addressed upon absorption of the product (within 15 to 25 minutes), with people noticing effects ranging from a marked improvement in alertness, energy, mental activity, strength, endurance and relief of debilitating conditions.  Within a few days the vast majority of people with inflammatory pain conditions notice a diminishing of pain and in many cases the pain will disappear.  Sleep patterns and moods improve as the tryptophan assists to normalize neurotransmitters levels and brain functioning.  Athletes notice increases in strength and greater endurance with the added benefit of deep sleep and quick recovery after strenuous exercise.

Effects and benefits will vary greatly from person to person as the demand for the essential amino acids varies for each person. As a general rule, however, once the amino acids are in the bloodstream, strength increases to near optimal levels and people can function better, no matter what their condition. For some chronically ill patients too weak to eat, it can mean the difference between between life and death as their appetite returns and they start to nourish their bodies once again.

In very simple terms, Re-Gen Bipeptides restores the body to a net energy positive state, no matter what the issue with the body.  When the body has a negative condition, it is usually in a net energy negative state, losing energy and degenerating constantly.  Re-Gen Bipeptides reverses that condition from an essential amino acid nutritional viewpoint, which ensures growth, healing and a restoration of critical biological functions.  The load on the body and the liver is reduced, compared to the ingestion of traditional dietary and supplementary proteins, which, due to the overhead placed on the body, create a catabolic state (a state in which the liver oxidises amino acids, converting them to glucose and releasing toxic ammonia).  Rather, Re-Gen Bipeptides creates an anabolic state - which ensures that the amino acids are utilised by the body, rather than converted to energy.  This makes the difference between a degenerating condition and a regenerating condition.....

Problems with keeping your weight in control......... 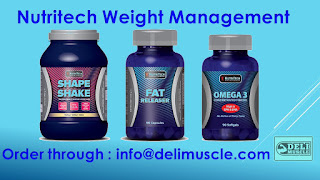 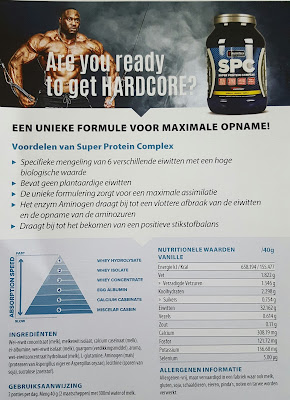